Gender Reel’s 2014 fall festivals will be here before you know it.

This year, Gender Reel will be hosting five annual festivals around the country: Durham, NC, Philadelphia, PA, Omaha, NE, Minneapolis, MN, and Long Beach, CA. Gender Reel Founder & Chair, Joe Ippolito commented by saying, “Due to the success of last year’s four festivals, we were asked to add a fifth city to the roster.”

Gender Reel, was started in 2009 by a group of Philadelphia trangender activists and organizers in response to the lack of transgender and gender non-conforming visibility at more mainstream art and film festivals. Since this time, the program has expanded in various ways in an effort to accomodate the needs of an ever evolving group of people interested in learning about and seeing images of trans and gender non-conforming people on film or stage. In addition to the festival portion of the program, Gender Reel, is now a production program, having released it’s first documentary, “Growing Old Gracefully: The Transgender Experience,” in February 2014. Other enhancements include: Filing to become a 501(c)3, collborating with the Tretter Collection archive at the University of Minnesota, filming it’s next documentary, and laying the ground work to launch Gender Reel TV in 2016.

Individuals interested in attending one of Gender Reel’s annual festivals this fall can expect to see close to 30 amazing independently created narrative and documentary films about the gender non-conforming and trans community. Three films we are particularly excited to showcase include; “In My Skin,” “A Self Made Man,” and “M.I. A Different Kind of Girl.” All three films explore the concept of gender identity from a very different lens.

“In My Skin,” tells the story of a theatre ensemble of nine trans women who come together to create a play based on their lives and then perform it at Joe’s Pub at the legendary Public Theatre in downtown Manhattan; “A Self Made Man,” explores the poignant personal story and important life work of Tony Ferraiolo, a transgender youth advocate; “M.I. A Different Kind of Girl,” and explores the bounds of female gender identity, through the eyes of Nation, a male impersonator, who challenges the constraints at work in the African-American and LGBT community in pursuit of fame and visibility on the world stage.

Individuals who wish to attend Gender Reel this fall, should consult our website for festival location, dates and times. Remember Gender Reel would not exist without the support of our community.

If you would like to sponsor the general festival fund and/or contribute specifically to an event near you, please consult our website for details concernings ways you can can do this. 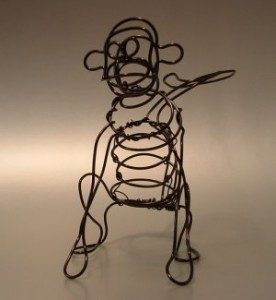 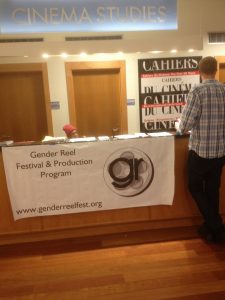